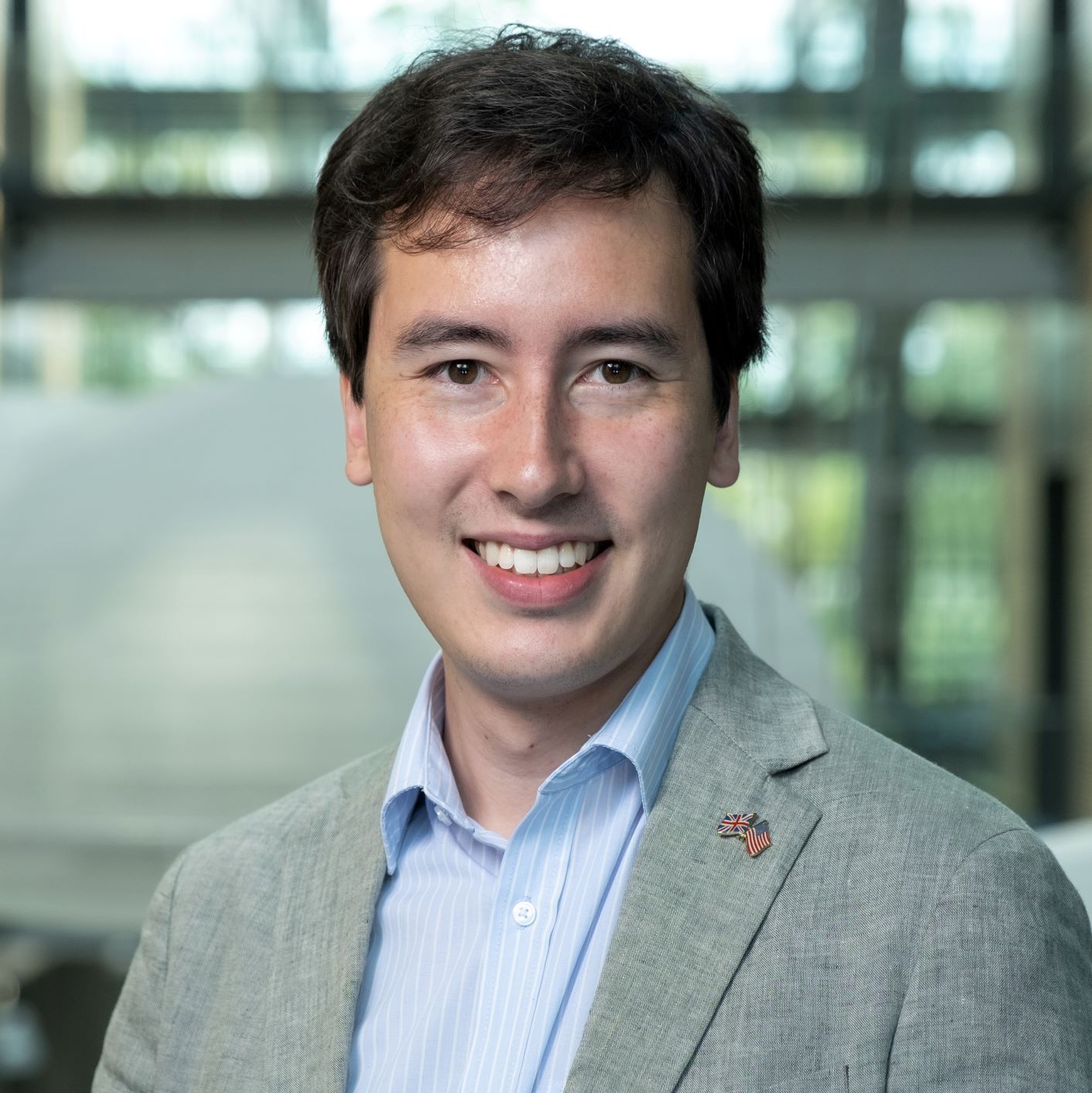 I'm a British postdoc from Reading, England. I'm currently working in the Chemistry Department in Prof. Marissa Weichman's group, but my background is in Physics: my undergraduate degree was in Physics at the University of Cambridge, as was my PhD at the University of Oxford. As an undergrad, I did a summer research project on liquid crystals in an Electrical Engineering lab, while my final-year research project was in Theoretical Biophysics. The boundaries between different subjects are quite fuzzy!


While at Oxford I taught undergraduates for four years, and I'd like to keep up that link while I'm in the US. I'm curious about how your educational system works over here, and the quirks and traditions of campus life! In return, I can hopefully give you somewhat useful advice and/or insights into becoming a researcher!

I took part in the UK TV quiz show 'University Challenge'. I had a terrible haircut before filming took place, which my wife never lets me forget about!

I'm an experimentalist with a background in spectroscopy using lasers. I'm studying how chemical reactions are affected by placing the reactants between two mirrors. The electromagnetic field in such an 'optical cavity' can change the energy levels of the reactants, such that they form 'polaritons' - hybrid states formed by molecules interacting with an electromagnetic field. Polaritons can react differently from the molecules they are formed from, and the hope is that they might react faster - i.e. we could catalyse chemical reactions by carrying them out in optical cavities. Ideally we could catalyse reactions such as the formation of hydgrogen gas from water, to make a clean fuel.

I used to work in the field of perovskite solar cells, which is also pretty happening at the moment!

Looking for mentee to participate in Summer ReMatch+ program.