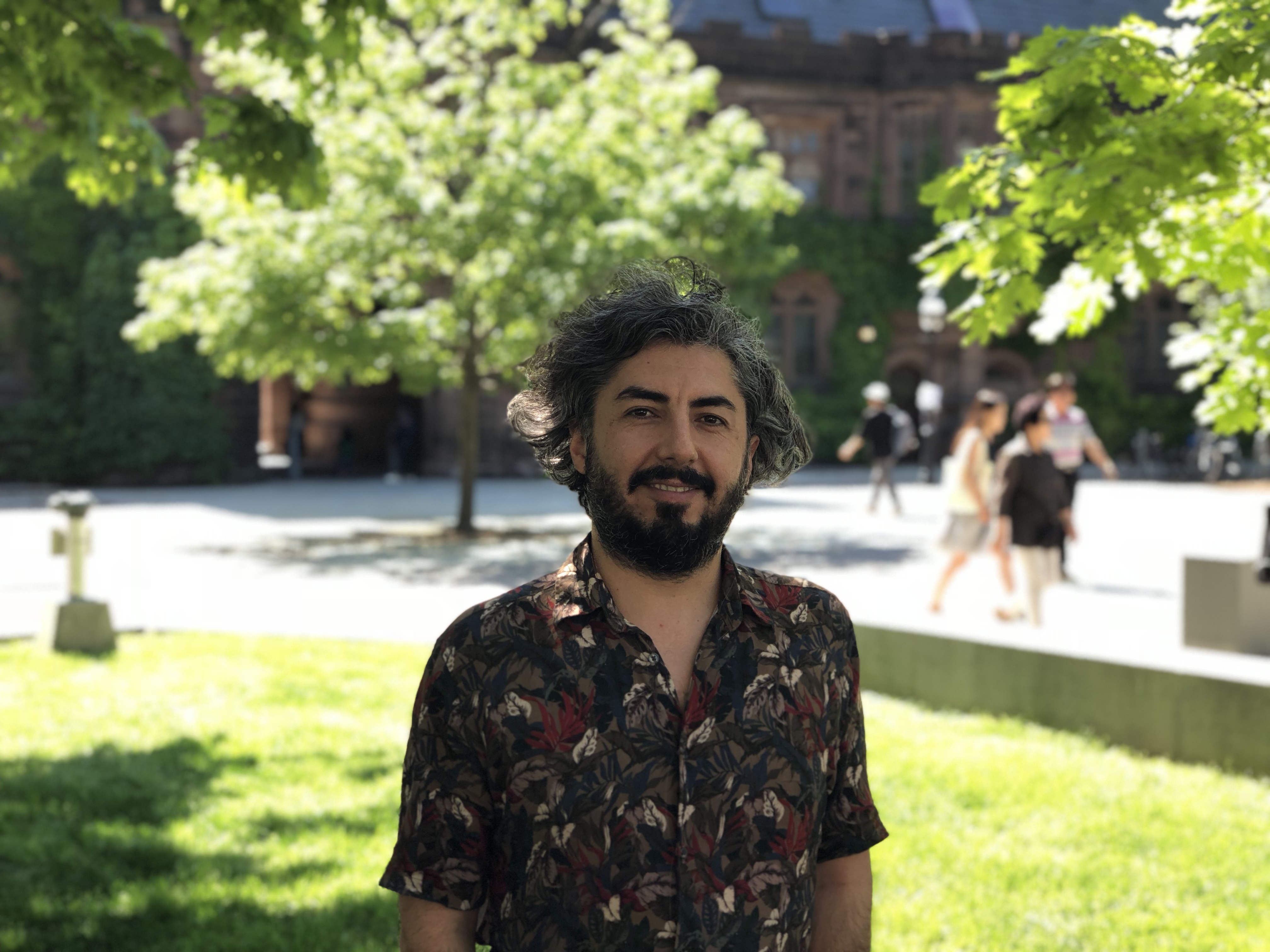 I am originally from Turkey, where I lived until completing my undergraduate studies. I was born and raised in a small village in Tunceli province in the Eastern Anatolian region of the country. I like taking on challenging tasks even though I may sometimes feel overburdened. As an undergrad, I once prepared a short documentary film as a final assignment of a course and I really enjoyed the experience of producing a piece of visual art. Since then, I like using and assigning multimedia and other creative forms in my research and teaching. I speak Turkish, Kurdish, English fluently and I am educated in Russian, French and Persian. I like identifying common words among these languages.

I like going outdoors, hiking and swimming. I have a dog named Miro. He is a mixed breed of Beagle and Kings Charles Cavalier. Being a hunter from both sides, his instincts and smelling skills are mind blowing. I like spending time with him and watch him catch flies.

I love eating sushi and Asian food in general. For a long time, eating row fish sounded crazy to me but, like many other people, once I got used it, I started to love it. Now it is a common practice for me to have sushi once week or so.

I have a background in Middle Eastern history and political science. I have a BA and an MA in political science and an MA as well as a PhD in Near Eastern Studies. Do you know the difference between Near East and Middle East? I like talking about this, but my research interests are in theories of state formation, nationalism and empire within and across the Greater Middle East. For my PhD, I worked on a Kurdish and Alevi majority region known as Dersim in Eastern Anatolia during late 19th and early twentieth centuries. I believe that the ethnic, religious, geographic and political diversity of the Middle East is not reflected well in the American academia and academia in general and I consider my research as a contribution to fill this gap.

Looking for mentee to participate in Summer ReMatch+ program.